Alvaro Brechner was born in Montevideo in 1976 and has lived in Madrid since 2000. He graduated in Social Communication (Uruguay Catholic University, 1998) and obtained a Masters in Creative Documentary (Barcelona University, 1999). Between 2000 and 2007, he directed several short films (The Nine Mile Walk, Sofa, Second Anniversary) which premiered in over 140 International Festivals as well as dozens of documentaries (La Ley del Ring, Sefarad Testimonio de una ausencia, Papá, Por qué somos del Atleti).

In 2009, he wrote and directed his first feature film, Bad Day to Go Fishing, which participated in the Official Section of the Cannes Critics’ Week. The film also took part in over 60 international festivals and garnered over 30 awards. In Uruguay, the film received 10 Fipresci awards, including Best Opera Prima and Best Uruguayan Film. In Spain, the film obtained three CEC nominations for Best Film, Best Script and Best Actor. In addition, the film represented Uruguay as Best Foreign Language Film at the Academy Oscar Awards. Mr. Kaplan, his second film (2014) was selected for over 40 International Festivals and became the Uruguayan representative at the 2015 Academy Oscar Awards as Best Foreign Film.

In December 2015, Brechner was named as one of the 10 emerging talents of Ibero-American cinema by Variety international magazine. Brechner has obtained the Uruguayan National Literature Prize and has taken part in several festivals as a member of the jury, including the Cannes Festival Critics’ Week, Warsaw, Malaga, Sofa, Gijon, Torino and Valencia. A Twelve-Year Night (La noche de 12 años) is his third film. 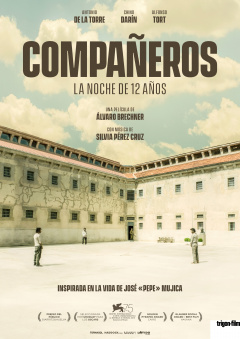 1973. Uruguay is governed by a military dictatorship. One autumn night, three Tupamaro prisoners are taken from their jail cells in a secret military operation. The order is precise: “As we can’t kill them, let’s drive them mad.” The three men will remain in solitary confinement for twelve years. Among them is Pepe Mujica – later to become president of Uruguay. More 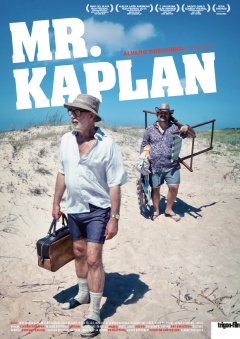 Jacob Kaplan lives an ordinary life. Nothing differentiates him from his other Jewish friends who fled Europe to South America because of WWII. Turning 70 has had a strange effect on him: he refuses to accept he is getting old. Grumpy, fed up with the new rabbi, his community and his family’s lack of interest in its own heritage, he embarks on an unusual and quixotic project: to capture a restaurant owner, who he is convinced is a runaway Nazi. More