Bosnia and Herzegovina
2 Films in collection 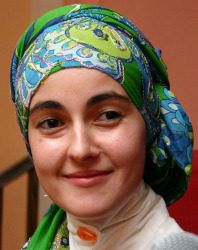 Aida Begic was born in Sarajevo in 1976. Her debut feature Snijeg ('Snow') won the Critics' Week Grand Prix at the 2008 Cannes Film Festival. One year later, she set up an independent production company called Film House. Her second film Djeca ('Children of Sarajevo') was shown in the Un Certain Regard section of the 2012 Cannes Film Festival, where it was awarded the Special Distinction of the Jury prize. She both wrote and directed the short film Album, which forms a segment of the Bridges of Sarajevo documentary. Aida Begić is a professor at the Academy of Performing Arts Sarajevo. Her third film Never leave me, about Syrian orphans, has been shown at various festivals around the world, picking up several awards. She is currently working on her fourth film, entitled A Ballad.


THE ART OF LIVING!
by Aida Begic

The day on which the siege of Sarajevo began was one of the happiest days of my life! It was shortly before my 16th birthday. I woke up, noticed I had slept in and started to panic. In the living room, my parents solemnly told me that school was cancelled. Back then, none of us could have imagined that this day marked the beginning of a brutal siege. 1,425 days full of torment, death, hunger, cold and fear. The happiness I felt on returning to bed was the result of the boundless naivety I shared with everyone else in Sarajevo. Up to that point, we had believed that war could break out anywhere in the world, but not in our own city.

During my childhood in what was then Yugoslavia, I often heard it said in relation to art and culture that development on a material basis comes before spiritual development. It was generally accepted that factories would be built and people given a roof over their heads first before they could see a ballet performance. Nevertheless, even with this understanding of culture, thousands of cultural centres were built under the regime. It evidently didn't take long to create a sound material base, and there was enough money left over for culture in even the smallest of villages.

Yet we still grew up believing that people only need art and culture once they've had enough to eat. But then the siege changed this way of thinking and made clear to us that people still need culture even when they're suffering from hunger and thirst. It's hard to believe, but the inhabitants of Sarajevo risked their lives for a play or a concert. In the absence of the material base, art became a fundamental human need. Art gave them back their dignity. It was an act of defiance against barbarism and senseless destruction. People dressed smartly, and the plays were performed by candlelight. Every film that could be shown in the cinemas was a source of joy.

I started studying film and theatre during the worst year of the war. It was a bitterly cold winter, and the food shortages were at their worst. One lecture on the history of film remains fixed in my mind. As there was hardly ever any electricity, we could never actually watch the films we were talking about. But one day the power supply was suddenly working: we saw Ingmar Bergman's The Seventh Seal, followed immediately by Wild Strawberries. The room was so cold that we had to keep getting up and moving about to stop ourselves from freezing. This unforgettable and unpleasant physical experience made me realise how important art is to humanity. It creates meaning and is one of the most beautiful ways we, as humans, have of expressing ourselves. For me and other young people like me, artistic creativity in wartime was also a means of escaping the destruction; it expressed our great hope that life would win out over death in the end.

Every crisis, especially an economic one, causes us to question our ideas about the role of artists in society. Sadly, culture is always the first area to be hit by budget cuts. We can't make those responsible understand that, by making these cuts, they are clipping children's wings. And yet every time I'm faced with a crisis, I ask myself: why bother making a film in a country that doesn't care much about cinema and in a consumer society that bombards its members with so much visual content? But then I remember Bergman's movie and I know that my work is justified if it improves or gives meaning to the life of just one person. 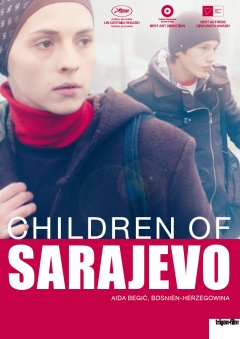 Rahima (23) and Nedim (14) are orphans of the Bosnian war. They live in Sarajevo, a transitional society that has lost its moral compass, including in the way it treats children of the people who were killed fighting for the freedom of their city. After crime-prone adolescent years, Rahima has found comfort in Islam and she hopes her brother will follow in her footsteps. Their life of bare survival becomes even more difficult after Nedim gets into a fistfight with the son of a local strongman and breaks his expensive mobile phone. More 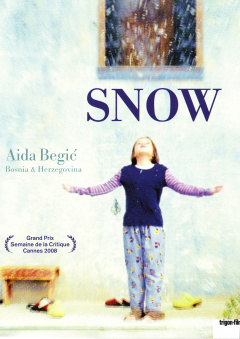 "Snow does not fall to cover the hill, but for every beast to leave its trail.” Eastern Bosnia, 1997. Six women, a grandfather, four girls and a young boy live in war ravaged and isolated village of Slavno. Their families and friends had been killed and their bodies had never been found. The first snow brings full isolation and risk for life in the village. More