Palestinian filmmaker and writer Annemarie Jacir has written, directed and produced over sixteen films. She lived in Saudi Arabia until the age of sixteen and then received her formal education in the United States. Her short film Like Twenty Impossibles (2003) was the first Arab short film in history to be an official selection of the Cannes Film Festival and continued to break ground when it went on to be a finalist for the Academy Awards.

Her second work to debut in Cannes Un Certain Regard, the critically acclaimed Salt of this Sea (2008), garnered fourteen international awards, included the FIPRESCI Critics Award. It was the first feature film directed by a Palestinian woman and Palestine's 2008 Oscar Entry for Foreign Language Film.

When I Saw You won, among other awards, Best Asian Film at the 63rd Berlin Intl Film Festival and Best Arab Film in Abu Dhabi FF. It was also Palestine's 2012 Oscar Entry. Notably, the film's production was entirely Arab-financed with all Palestinian producers marking a new trend in Arab cinema. Wajib is her third feature film.

Jacir co-founded Philistine Films, an independent production company, focusing on productions related to the Arab world and Iran. Jacir shot and produced the documentary Until When, an in-depth portrait of the lives of several families living in the Deheisha refugee camp as well as several other films. She collaborated with Algerian-French filmmaker Nassim Amouache on A Few Crumbs for the Birds, a documentary sketch of the lives of men and women seeking out a living in the Jordanian town of Ruwayshed, a small-time oil-smuggling entrepot that's the last stop on the road to Iraq (Official Selection Venice International Film Festival, Best film Montpellier, Press prize Clermont Ferrand). 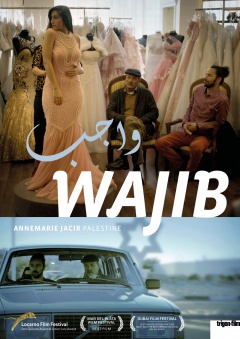 Abu Shadi is a divorced father and a school teacher in his mid-60s living in Nazareth. After his daughter's wedding in one month he will be living alone. Shadi, his architect son, arrives from Rome after years abroad to help his father in hand delivering the wedding invitations to each guest as per local Palestinian custom. As the estranged pair spend the day together, the tense details of their relationship come to a head challenging their fragile and very different lives. More 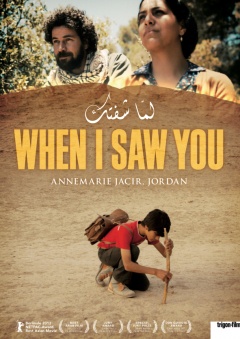 Jordan, 1967. The world is alive with change: brimming with reawakened energy, new styles, music and an infectious sense of hope. In Jordan, a different kind of change is underway as tens of thousands of refugees pour across the border from Palestine. Having been separated from his father in the chaos of war, Tarek, 11, and his mother Ghaydaa, are amongst this latest wave of refugees. Placed in “temporary” refugee camps made up of tents and prefab houses until they would be able to return, they wait, like the generation before them who arrived in 1948. More 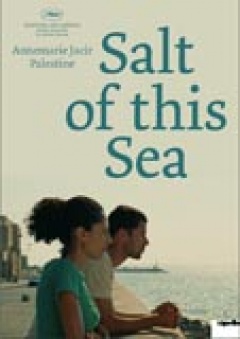 Soraya, 28, born and raised in Brooklyn, decides to return to live in Palestine, a country that her family was exiled from in 1948. On arriving in Ramallah, Soraya tries to recover the money left in an account by her grandparents but meets with refusal from the bank. Her path then crosses that of Emad, a young Palestinian whose ambition, unlike hers, is to leave the country for good. To escape the constraints linked to the situation in Palestine but also to earn their freedom, Soraya and Emad take things into their own hands, even if this means breaking the law. More