Born in Rio de Janeiro in 1975, filmmaker and producer Carolina Jabor directed her first fiction feature film, Good Luck, in 2014, which was a great success both with the film journalists and the public. The film received the Best Film Award at the Paulinia Film Festival, the Audience Award at the Brazilian Film Festival in Paris and the Best Adapted Screenplay Award at the Grande Prêmio do Cinema Brasileiro. On the documentary side, in 2008 Carolina Jabor co-directed with Lula Buarque de Hollanda The Mystery of Samba, dedicated to the group Velha Guarda da Portela, which was crowned Best Documentary at the Grande Prêmio do Cinema Brasileiro and selected for the Cinéma de la Plage at the Cannes Film Festival. For television, Carolina Jabor has directed episodes of the series Magnífica 70, on the universe of the Boca do Lixo district in São Paulo during the military dictatorship (HBO, 2015), and produced and directed episodes of the series A Mulher Invisível (TV Globo, 2011), winner of the Emmy International in 2012 in the comedy series category. She also works in advertising, an area in which she began her career and won awards. 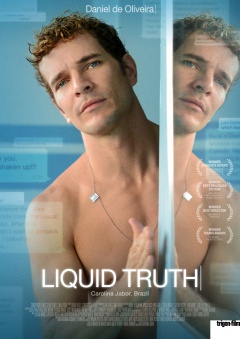 What if the only evidence of a crime is the testimony of a parent translating the words of her child? Rubens is a carefree, charismatic swimming instructor who finds himself accused of displaying inappropriate affection toward one of his students by the boy’s mother. Other parents and colleagues are only too eager to condemn him. Jabor’s incisive, unsettling debut maintains an intriguing, tension-filled air of mystery even as it exposes our own propensity to pass judgment. More