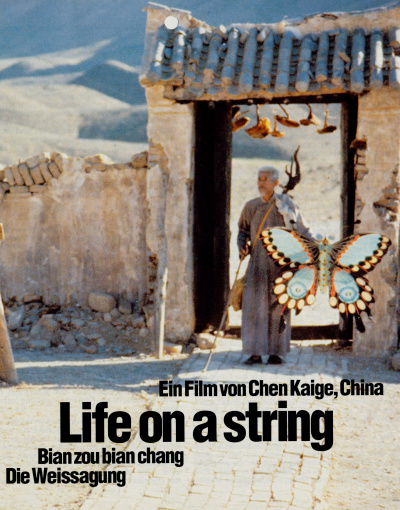 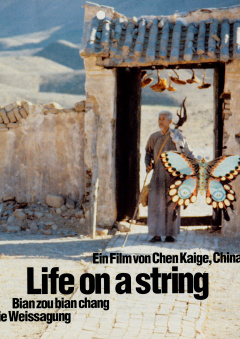 A blind master wanders through a mythic landscape of a terrific beauty to play his songs and sing his ballads. His whole life he's had one hope, one dream of another world: According to a prophecy he shall be able to see, if he has broken 1000 of his banjo strings. His blind disciple, on the contrary, doesn't want to rely on one hope. He longs for a woman's love...
Does sight await the saint when the 1000th string breaks? Can the disciple's strength of character overcome provincial prejudice to win the hand of his love and a place in the village?