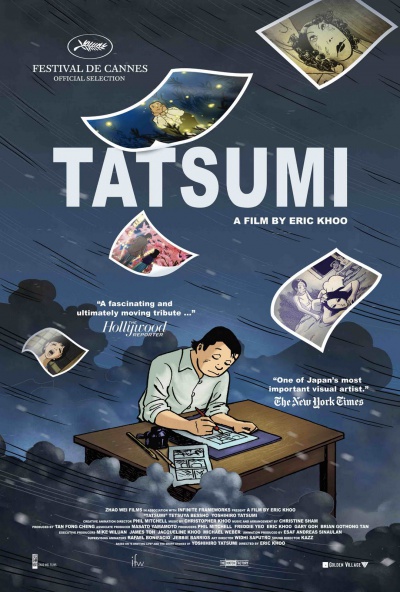 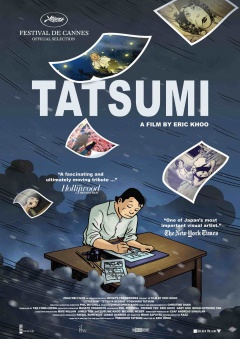 Tatsumi celebrates the life of Japanese comic artist, Yoshihiro Tatsumi. As he becomes successful, he redefines the manga landscape with an alternative genre for adults—and his work plunges into the darker aspects of life.

A tender-hearted take on the artist’s life bracketed by five of his stories, presented on film for the first time, which are anything but. These are blistering, dark tales of post-war occupied Japan which must have been radical for their time and still pack a tremendous punch ... Tatsumi is wholly animated, with each story - Hell,Beloved Monkey, Just A Man, Occupied and Good-Bye - broken up by scenes from Tatsumi’s own autobiography (A Drifting Life) which are voiced by the artist himself. The styles shift subtly in creative animation director Phil Mitchell’s realisation of a cinematic manga, which is layered and delicately colour shaded, with backgrounds sometimes fading to shadow play. Tatsumi’s biographical segments are in full colour, while the individual stories play on tones ranging from blue to orange and, most powerfully, the stained sepia of Good-Bye ... What comes across most powerfully from Tatsumi’s stories is a sense of abasement and alienation in a destroyed, often post-apocalyptic landscape (Hell is about Hiroshima, and is reminiscent - or the forefather of - Ari Folman’s work in Waltz With Bashir). These are complete and nuanced pieces, each a novella of images, mostly involving an “everyman” figure who looks similar to Tatsumi himself, with his round face and button eyes (again, until the last). And they’re cinematic, despite being so rooted in the manga aesthetic: according to the film’s accompanying notes, Tatsumi gave the creative team detailed panels and framings for his work. 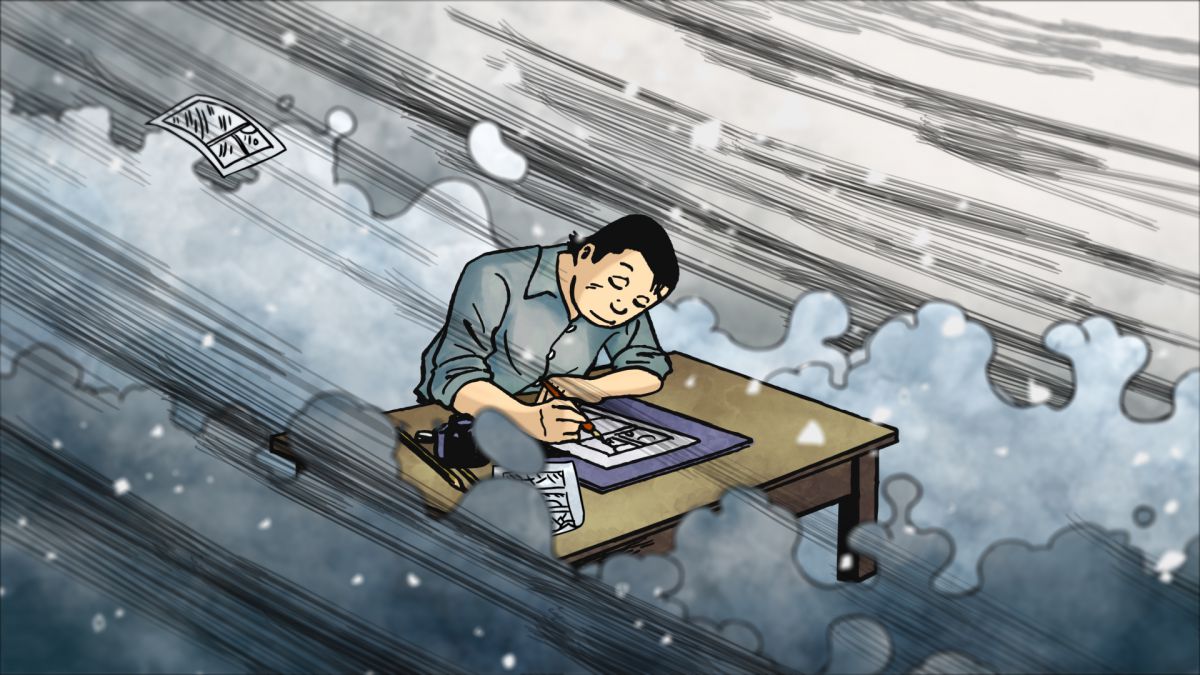 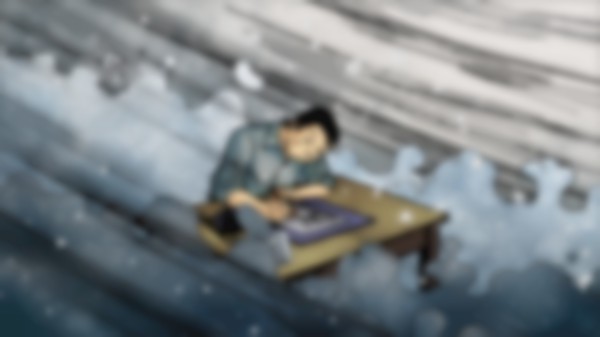