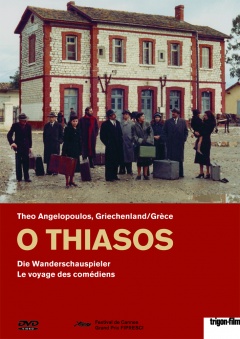 The Travelling Players is a film of epic proportions. The action takes place during the years 1939-52 and is seen as a series of individual, often inexplicable events or tableaux, commentated by monologues, by slogans written on the walls, or by songs. It reveals the period's turbulent history while focusing on a travelling company of actors who spend those fourteen years wandering through provinces, cities and villages, performing, in increasingly threadbare circumstances, a 19th century pastoral melodrama, Persiadis' Golfo the Shepherdess. They never get to finish the play and the tranquil sheep painted on their back cloth gaze down upon generations of anguish and bloodshed. The passage of history reverberates in individual incidents or is summarized in symbols. These sad, shabby, often hungry folk, whose relationship is based on the family of the House of Atreus, are of varying political hues - from active collaborators with the Nazis (Aegisthus), to opportunists (Chrysothemis), to centrist Greek patriots (Agamemnon), to the apolitical (Clytemnestra), to left-wing idealists (Electra), to communist guerillas (Orestes). And they fill these roles as much as they do the mythic ones of wandering general, faithless wife, betrayer or vengeful son. As they travel amid the constant wartime convulsions, they begin, unconsciously, to enact parallels to Aeschylus' tragic cycle.

The Angelopoulos; Trilogy of history 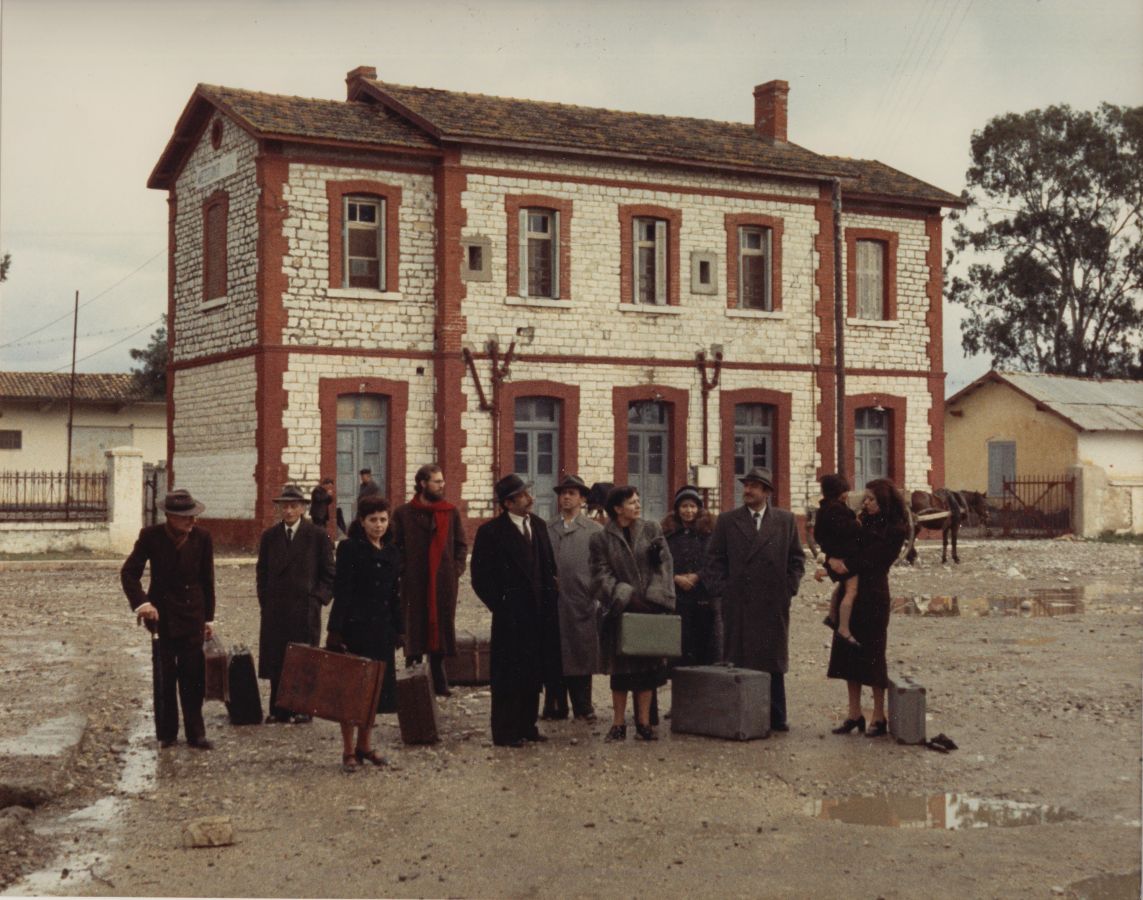 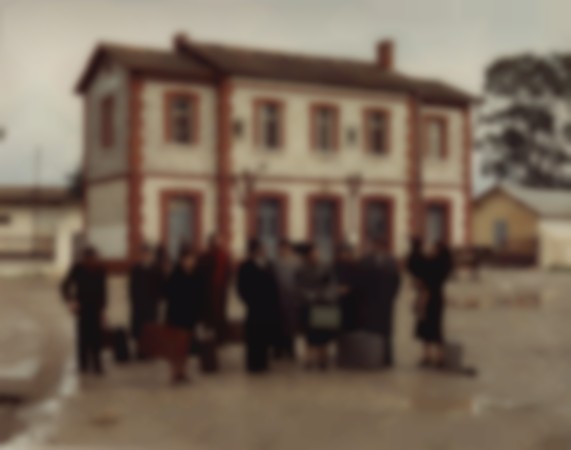