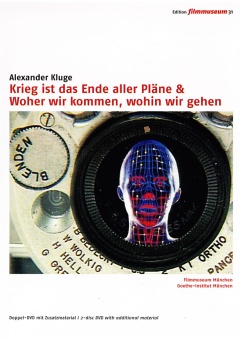 War is the End of all Plans & Where we come from, where we go to

War Is the End Of All Plans: War is characterized by the fact that it breaches all barriers. In his book, «On War», Carl von Clausewitz describes how war dreams of its own «omnipotence». Actually, it can never be omnipotent because it is full of all the probabilities we find in real life which continually disrupt its almighty power. In the end, it is just those probabilities which devour the power of war itself but which are as ill-suited to put an end to war as a peace agreement. Where We Come From, Where We Go To: Mankind has not been wiped out by wars and disasters («against all odds») thanks to its ancient roots. It can be assumed that, without their knowing, human beings bear a treasure endowed upon them by evolution which protects them from demise (as a guardian angel would). Evolution, which begins in outer space, is too diverse to be sabotaged by the whims of the present.