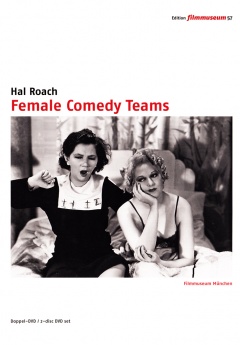 Trying to find a counterpart to his very successful comedy team Stan Laurel & Oliver Hardy, producer Hal Roach made several attempts to combine two female comedians. The first team with Anita Garvin & Marion Byron did only three films before both actresses separated. Nevertheless, their A PAIR OF TIGHTS is today seen as one of the greatest silent two reel comedies ever done. At the beginning of the 1930s the teaming of platinum blonde Thelma Todd with shy ZaSu Pitts and later with clumsy Patsy Kelly was a more fruitful idea, resulting in a series of sound shorts which ran successfully for five year until Todd's mysterious death in 1935. This series produced some great films of timeless fun that can easily compete with the best comedies of Laurel & Hardy. The 2-disc DVD set will present a selection of the best shorts in restored versions, most of them have never been released on DVD before.